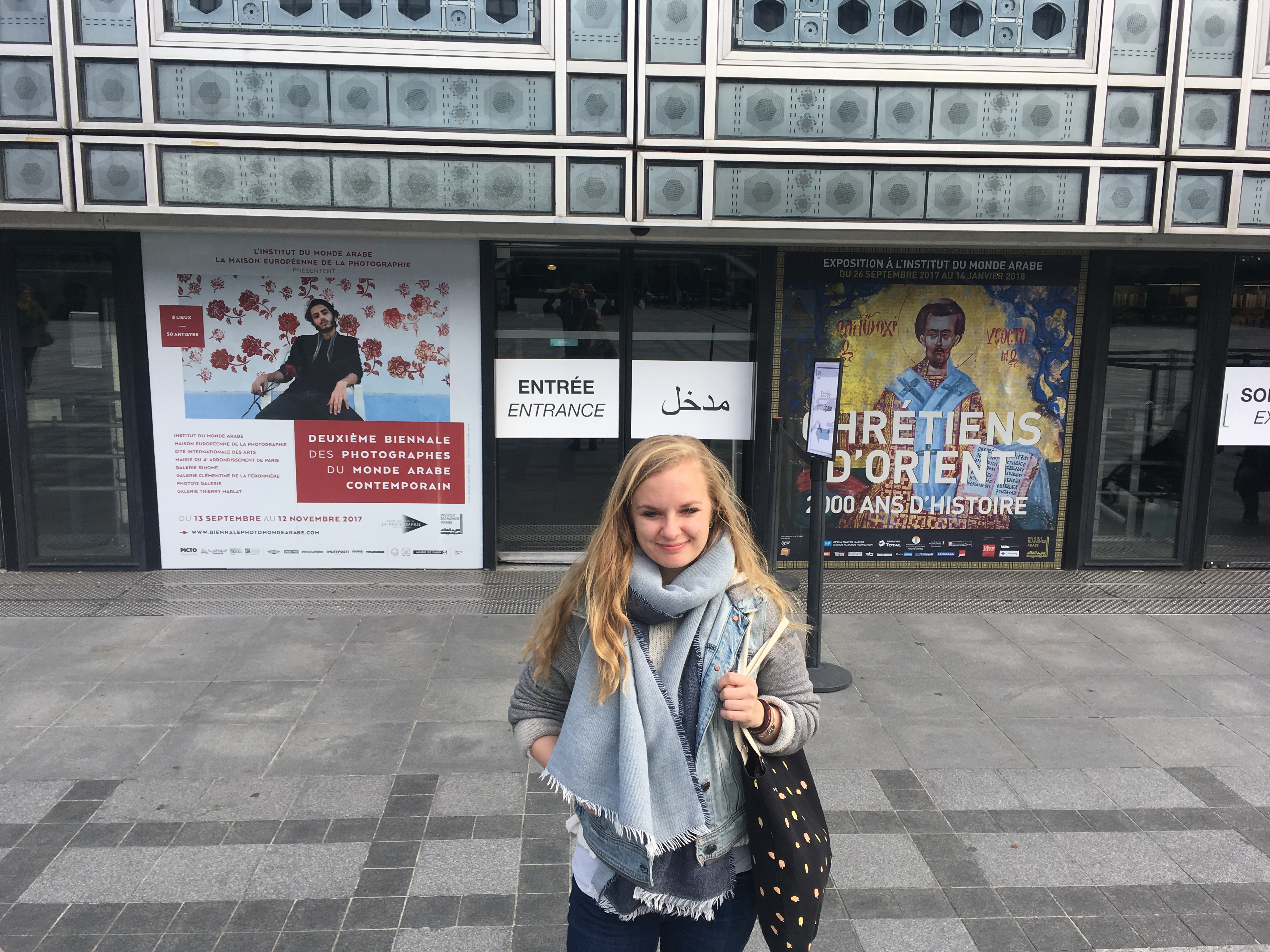 A few months after graduating, Caitlin Golden, '10, B.A., German, was awarded a Graduate Scholarship through the German Academic Exchange Service, DAAD. She moved to Hamburg, Germany and enrolled in the University of Hamburg's Sign Language Linguistics Masters Program. There, she continued to improve her spoken and written German while learning German Sign Language, DGS. After graduating with her master’s, she started working at Amazon in Seattle, where she was hired specifically for her skills in the German language. “I am currently a Program Manager in Amazon Video and truly feel that I am valued for my language skills,” Golden said. In addition to German, she is in training to become her team's French language expert.
In her spare time, Golden has been able to continue her work in Sign Language. She presented her cross-linguistic work at the Theoretical Issues in Sign Language Research conference held in Melbourne, Australia in 2015. In June 2017, she was awarded a grant from Fulbright's Specialist Program. In fall 2018 Golden will be traveling to the University of Paris for four weeks to add something new to her cross-linguistic research - French Sign Language! “There's no doubt in my mind that none of this would have been possible without WWU's amazing German department,” Golden said. “I am forever grateful for all of the help the department provided me!”