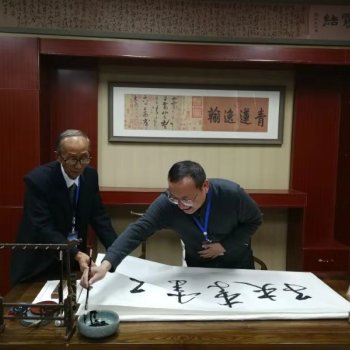 Ning Yu is a specialist in nineteenth-century American literature with a focus on Thoreau, American nature writing, and ecocriticism. He is also interested in the study of the transformation of Asian myths in the works of Asian American authors.

Lately Yu developed his ecocritical studies into Chinese Tang Dynasty poetry and translated from Medieval Chinese to modern English two collections of Tang Poems (2014, Shanghai; 2015, Seattle) that focus on the nonhuman environment. Since 2016, he has published in Chinese language four critical articles in top Chinese scholarly journals and twenty creative nonfiction essays, two of which have been included in The Best Essays of the Year (2018, 2019).

In October, 2020, commissioned by Beijing Normal University Press, Ning Yu published a book of literary criticism,《启功论诗绝句25首忆注》(which could be translated to English as The Study of a Genre: Exegesis of 25 Poems Written as Criticism of 25 Poets).

Another new book, a collection of twenty of Ning Yu's nonfiction essays, is commissioned by China's People's Literature Press, the very top press of literature in China, is being published now and will be available in New China Bookstores all over China in January 2021.