Don't be a "grammar snob"

To request any of our resources in an alternate format, please contact WWU Linguistics Department Manager Sara Helms, 360-650-3914, helmss@wwu.edu. 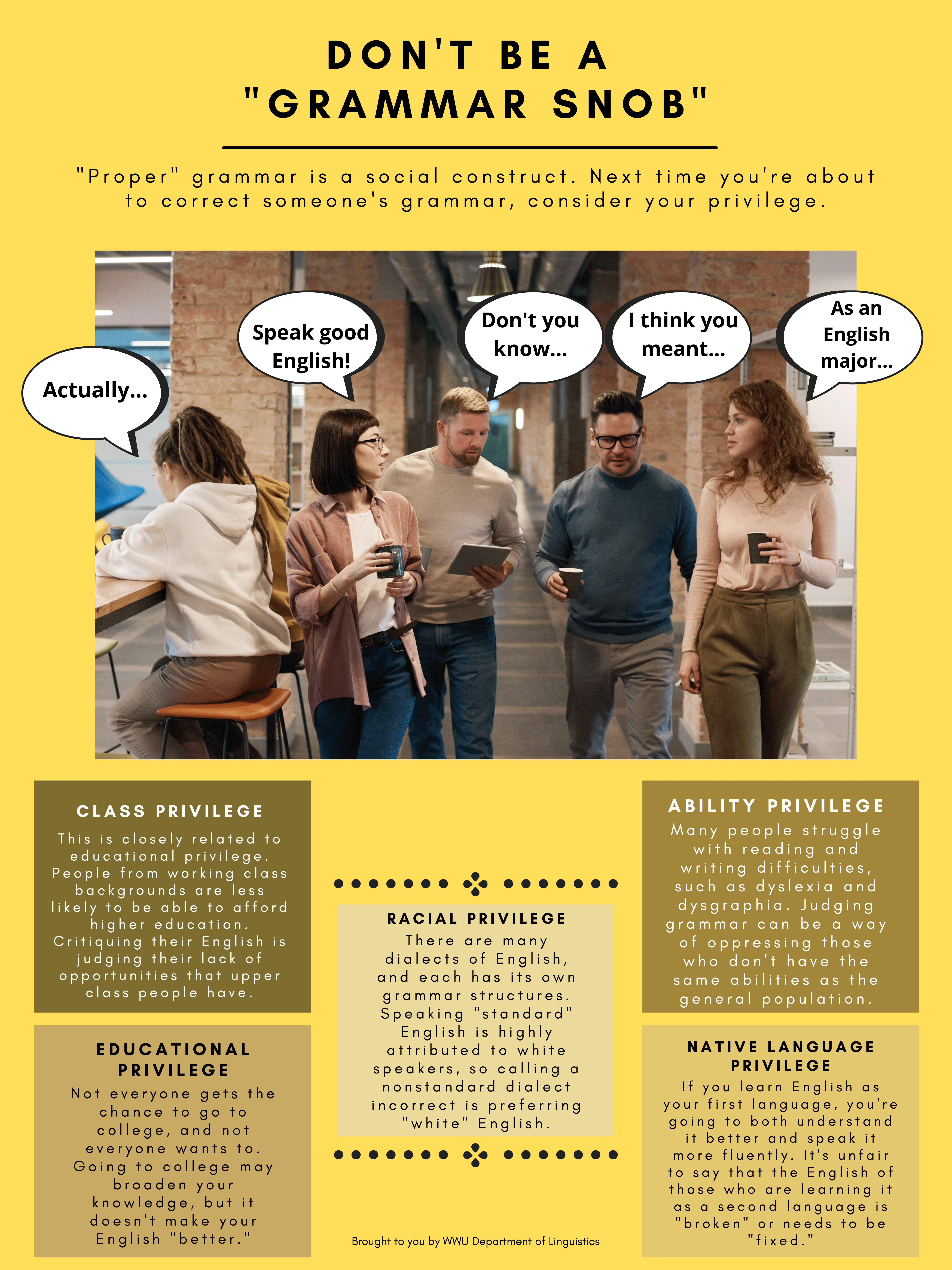 "Proper" grammar is a social construct.  Next time you're about to correct someone’s grammar, consider your privilege.

This is closely related to educational privilege. People from working class backgrounds are less likely to be able to afford higher education. Critiquing their English is judging their lack of opportunities that upper class people have.

Not everyone gets the chance to go to college, and not everyone wants to. Going to college may broaden your knowledge, but it doesn’t make your English “better.”

There are many dialects of English, and each has its own grammar structures. Speaking “standard” English is highly attributed to white speakers, so calling a nonstandard dialect incorrect is preferring “white” English.

Many people struggle with reading and writing difficulties, such as dyslexia and dysgraphia. Judging grammar can be a way of oppressing those who don’t have the same abilities as the general population.

If you learn English as your first language, you’re going to both understand it better and speak it more fluently. It’s unfair to say that the English of those who are learning it as a second language is “broken” or needs to be “fixed.”