The Department of Linguistics would like to recognize the hard work of our students and alumni who presented at the 2020 Northwest Linguistics Conference, April 25-26. The conference, hosted by the University of Washington, moved to an entirely online format following social distancing guidelines related to the Covid-19 outbreak. All presentations from the conference. 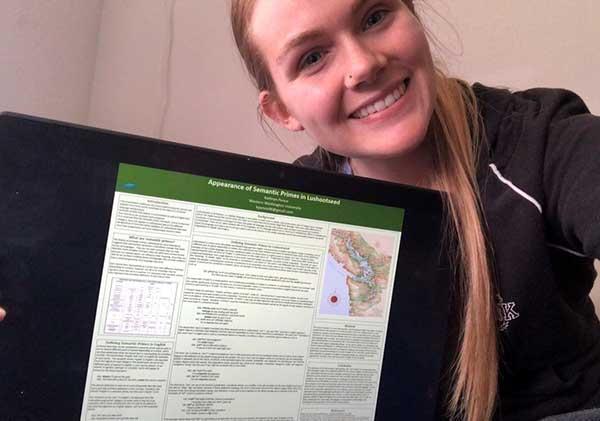 Appearance of Semantic Primes in Lushootseed

Semantic primes are lexicalized concepts represented in every language that are innate to the speaker. These concepts, introduced by Anna Wierzbicka, are universal and are, as Wierzbicka claims, “the elements which can be used to define the meaning of words (or any other meanings) but cannot be defined themselves,” (2004). Since Wierzbicka’s original claim, many more semantic primes have been added to this list of terms, which now contains 65 different universally accepted concepts including the word ‘moment’. The concept behind ‘moment’ is thought to be lexicalized in every language to exist; however, it does not seem to appear in Lushootseed, a Native American language belonging to the Salishan family. The term ‘moment’ does not appear in any of the following: *Lushootseed Dictionary *by Dawn Bates, Thom Hess and Vi Hilbert, *Lushootseed Book 1 *by Thom Hess and Vi Hilbert, and *Glossary to Accompany Lushootseed Reader with Intermediate Grammar Volume II *by Thom Hess. Other primes relating to this idea of time exist within the language, such as ‘a long time’ and ‘now’, but ‘moment’ does not appear nor do any synonyms. This presentation will explain what semantic primes are, studies the behaviors and functions of some semantic primes in Lushootseed and explores why ‘moment’ may not be a part of this language. 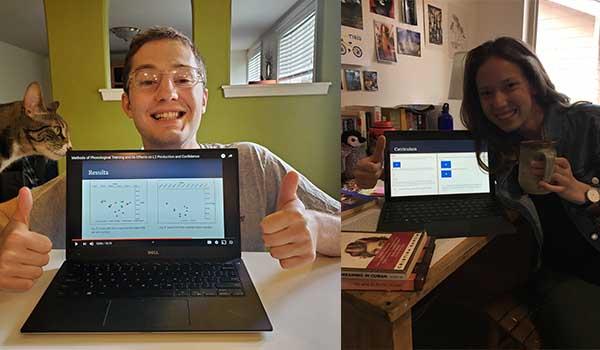 In a faculty-led assessment carried out in a Spanish phonetics course, students demonstrated fossilized English transfer features interfering with their production and perception of native-like Spanish. In response, a team of linguistics and Spanish-language faculty have involved upper-division Spanish and Linguistics students in the development and delivery of pedagogical materials that give intermediate-level students explicit Spanish pronunciation instruction at the 200-level.

In this presentation, we offer an introduction to this phonetics curriculum and report our findings with regard to changes in student productions, measured using recordings from the start and close of the academic term. After completing the vowels curriculum, student recordings showed reduction of English transfer features, and students reported greater confidence in understanding native-like Spanish speech and an improved ability to assess and practice their own productions. 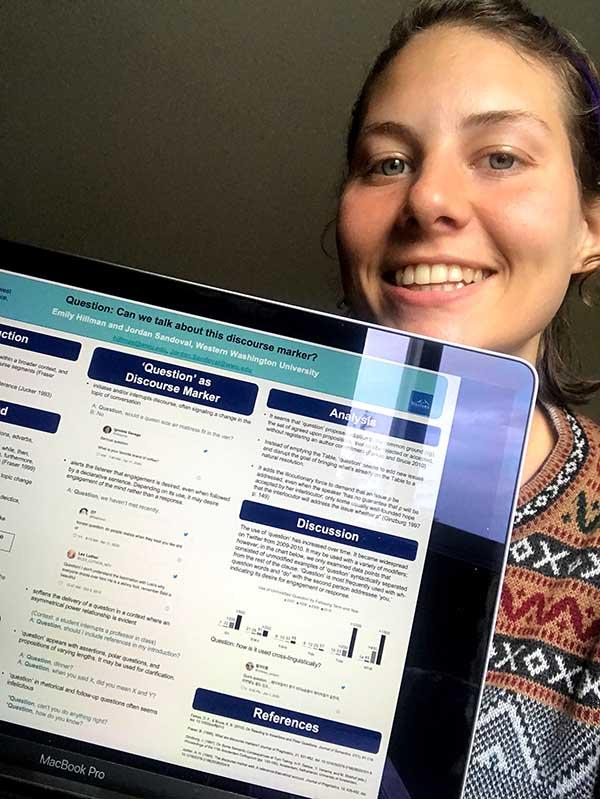 Question: Can we talk about this discourse marker?

This project examines the function of the word ‘question’ in a variety of contexts and introduces the novel term to the growing and flexible class of discourse markers. Discourse markers are function words that contribute to discourse coherence. They connect ideas, situate an utterance within a broader context, and signal the relationship between discourse segments (Fraser 1999).

Based on the criteria outlined above, it appears that ‘question’ performs a similar function. In most contexts, ‘question’ initiates and/or interrupts discourse, often signaling a change in the topic of conversation. It also alerts the listener that a response is desired, even when followed by a declarative sentence. The discourse marker indicates the illocutionary force of the upcoming utterance. Lastly, it softens the delivery of a question in a context where an asymmetrical power relationship is evident. This close examination of the varied uses of ‘question’ situates the term among discourse markers and reveals the unique behavior of this newly emerging discourse marker in relation to the behavior of those that have been long established. 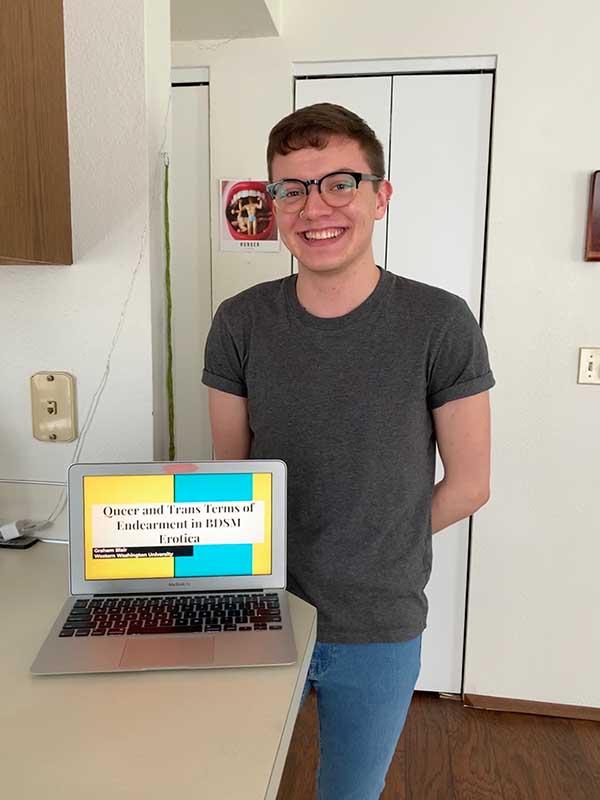 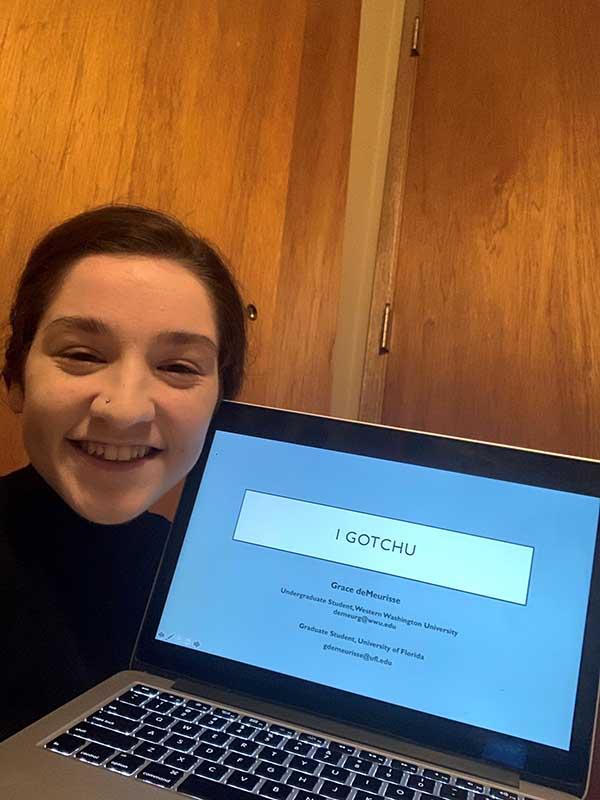 "Ah, I gotchu!: the grammaticalization of 'gotchu' in Present-Day English"

This study utilizes quantitative research methods in performing a diachronic analysis of the grammaticalization of “gotchu” in Present-Day-English (PDE). Current literature in the field of grammaticalization has focused heavily on “get” and the grammaticalization thereof (Gronemeyer, 1999); crucially, the literature regarding the grammaticalization of “gotchu”, a newly developed and continually evolving slang term, remains under-researched. Methodological approaches to this analysis include extensive review of corpora: specifically, I utilize Brigham Young University’s Global Web Based English (GloWbE), iWeb, Corpus of Historical American English (COHA), Corpus of Contemporary American English (COCA), and additionally, I have extracted data from Twitter using advanced Twitter searches analyzing the usage of the term “gotchu” in its various available contexts. Drawing off of 300 cumulative pre-selected instances of “got + you” and ‘gotchu” I have coded them for their syntactic, morphosyntactic, morphophonological, semantic, and discourse-pragmatic development and performed token frequency analyses. Additionally, I analyze the generalization and bleaching, persistence, and layering of the hypothesized grammatical form ‘gotchu’s’ lexical and grammatical function. Preliminary analyses indicate that ‘gotchu’ has become more morphologically bound and more polysemous; its increased polysemies have facilitated its wider syntactic scope. Notable evidence for its wider syntactic scope includes its usage with a null syntactic subject (ø.subj.) which facilitates a wider range of subjects for the listener to interpret. This supports my key argument that ‘gotchu’ evolved into a discourse-particle at the turn of the 21st century.