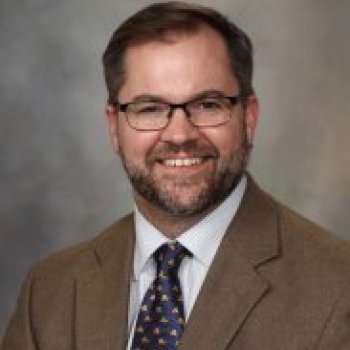 Doug Sladen is an Assistant Professor in the Department of Communication Sciences and Disorders. He earned an M.A. in Audiology at Western Washington University in 1994, and completed his Ph.D. in Hearing and Speech Sciences at Vanderbilt University in 2006. After completing doctoral studies he was a Research Assistant Professor at Vanderbilt University from 2006 until 2008, and then on faculty at the University of Texas at Austin from 2008 until 2011. Prior to joining Western Washington University he was the Director of the Mayo Clinic Cochlear Implant Program between 2011 and 2017. Professor Sladen’s research examines the speech perception abilities of children and adults who use cochlear implants. Specifically, his work is focused on the factors that drive performance outcomes among this population. He has a special interest on using cochlear implants to treat hearing loss among children and adults with unilateral hearing loss.

Dr. Sladen's publications can be found here in Pubmed