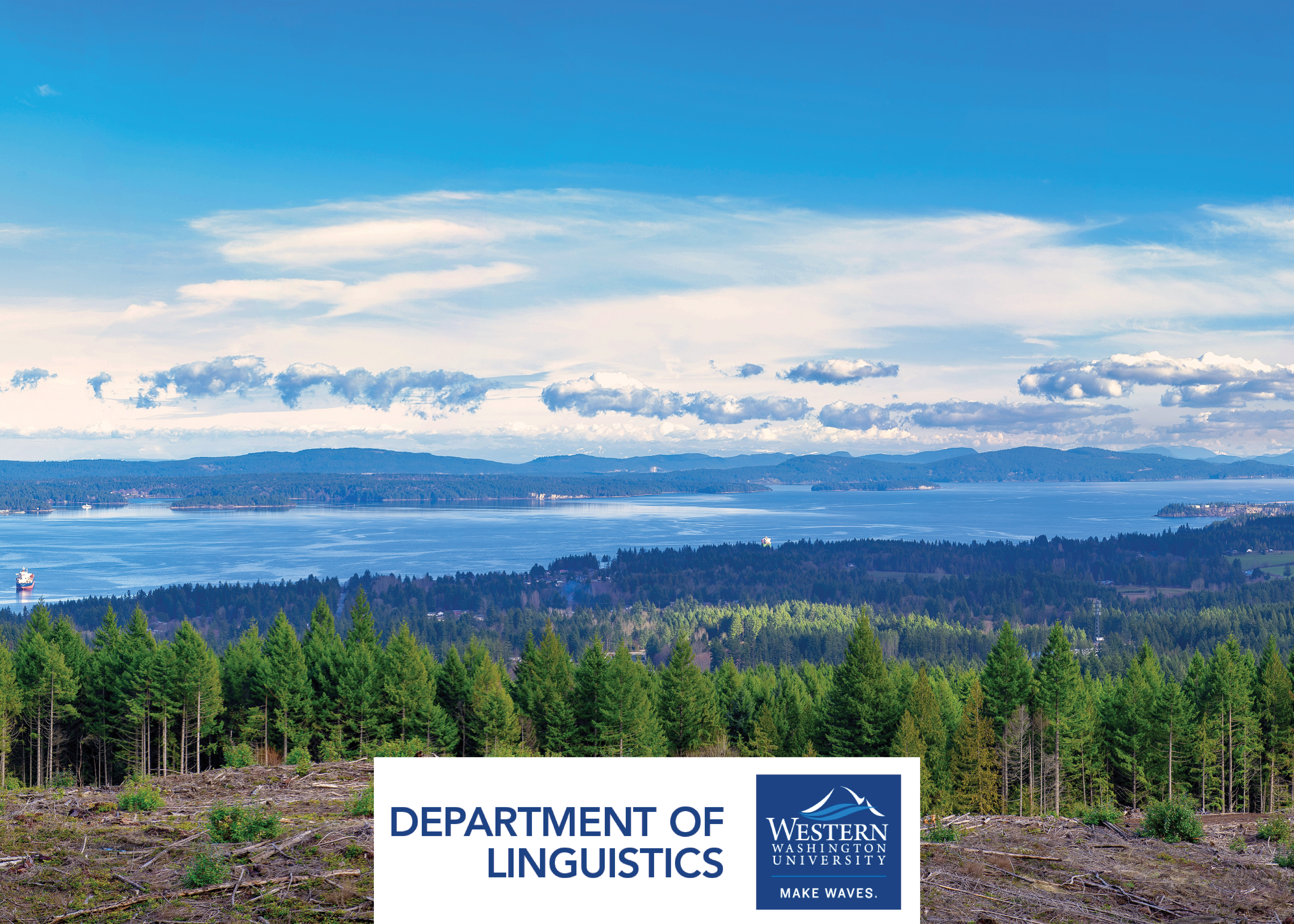 Hul’q’umi’num’ is the Island dialect of Halkomelem (ISO 639-3 hur), one of the twenty-three Salish languages. As linguists, we work alongside community members to document and analyze the Elders’ speech and legacy materials so that we can come to understand the structure of the language. Our objective is the in-depth study of aspects of Hul’q’umi’num’ that differ significantly from those of English and are thus difficult to translate and subject to loss through interference. One of these such structures are serial verb constructions (SVCs). While not permitted in English, many of the world’s languages allow the ‘stacking’ of multiple verbs in a single clause, such as the Hul’q’umi’num’ example below.

Interestingly, Hul’q’umi’num’ does not neatly fit the typological profile of most serializing languages. For example, while verb serialization is more expected in analytic language profiles, Hul’q’umi’num’ exhibits a more synthetic profile. Additionally, serializing languages tend to be verb-final, or verb-medial, while Hul’q’umi’num’ is predicate-initial. One function of SVCs in Hul’q’umi’num’ is to describe complex motion events involving both direction of motion (leave) and manner of motion (walk), such as the example above. Language plays an integral role in cultural identity and well-being. In addition, the loss of any language is the loss of a piece of the puzzle of what human languages are like. Salish languages exhibit a number of unexpected features and the chance to study these is quickly vanishing, as is the opportunity to understand Hul’q’umi’num’ viewpoint, as represented in how they express manner and direction when traveling in the Coast Salish world.

Students and members of the community are welcome to attend in-person with proof of COVID vaccination or a negative test within 72 hours. There is always the option to watch the talk virtually on Zoom.

Lauren Schneider is a Ph.D. Candidate in the Department of Linguistics at Simon Fraser University. She earned her BA in Linguistics from Western Washington University in 2014 and her MA in Linguistics from Trinity Western University in 2017. She considers it an honor and a privilege to work with the languages of the First Peoples of the land on which she was raised. Her current research is focused on Halkomelem serial verb constructions, as well as other aspects of Salish morphosyntax.