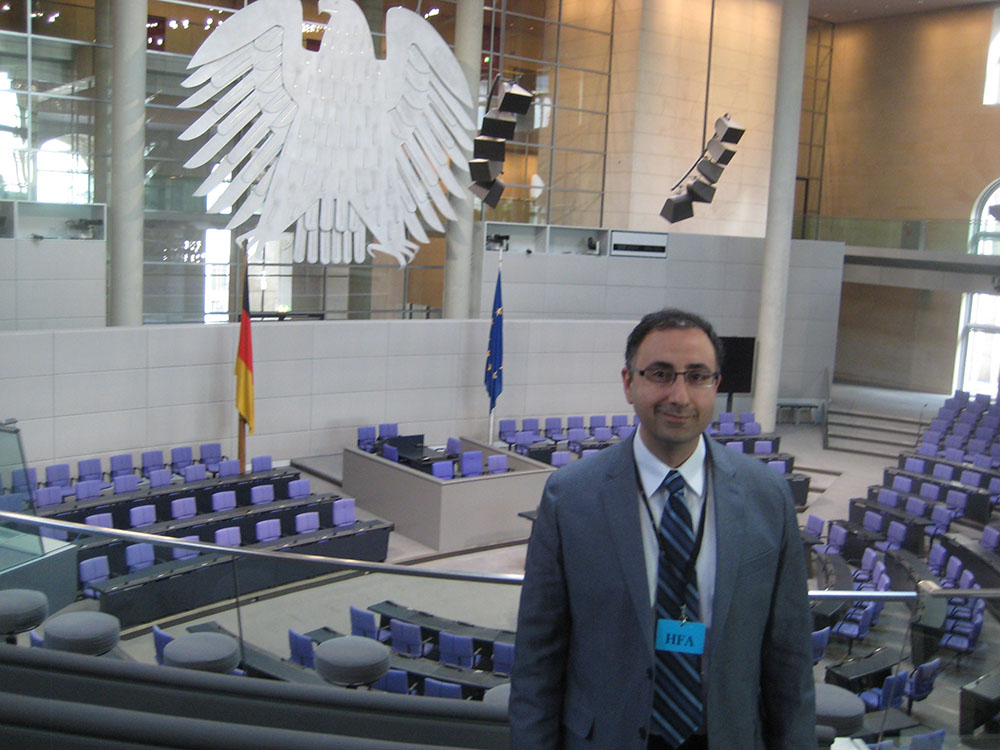 Amir Abedi was born and raised in Germany where he obtained a degree in History and Political Science from the University of Hanover. After graduating he worked as an intern in the state chancellery (office of the Prime Minister) of Lower Saxony and in print and radio news journalism. He came to North America in 1994 to pursue graduate studies in political science.  He completed his MA and PhD in Political Science at the University of British Columbia and came to Western as an assistant professor in 2003.  Beginning in 2014, Dr. Abedi has served as department chair.

Dr. Abedi’s research interests include Comparative Parties and Party Systems, Comparative European Politics, and European Integration.  He is the author of many publications and has been a presenter at numerous national and international conferences. He is a member of the European Consortium for Political Research’s Standing Group on Extremism and Democracy, the American Political Science Association and the Canadian Political Science Association. Dr. Abedi speaks English and German fluently, adequate Farsi, and a little bit of French and Azeri.

At Western, Dr. Abedi has been active in the department’s efforts to develop Student Learning Outcomes and improve the overall undergraduate education experience.  He has also been integral to the development of international programs at the university having served on the International Programs Advisory Committee (2005-2008), the Center for International Studies Advisory Committee (2007-2010), and the International Studies Curriculum Committee (2012-2015).  He spearheaded the effort to establish a direct exchange program between the political science departments at WWU and at the University of Duisburg-Essen in Germany and is currently the faculty adviser for that program.

With regard to student interactions, Dr Abedi was a long-time Faculty Advisor to the International Affairs Association’s Model UN teams and is currently the faculty advisor for Model EU teams from Western.  He teaches courses on comparative politics, Western Europe and the European Union.