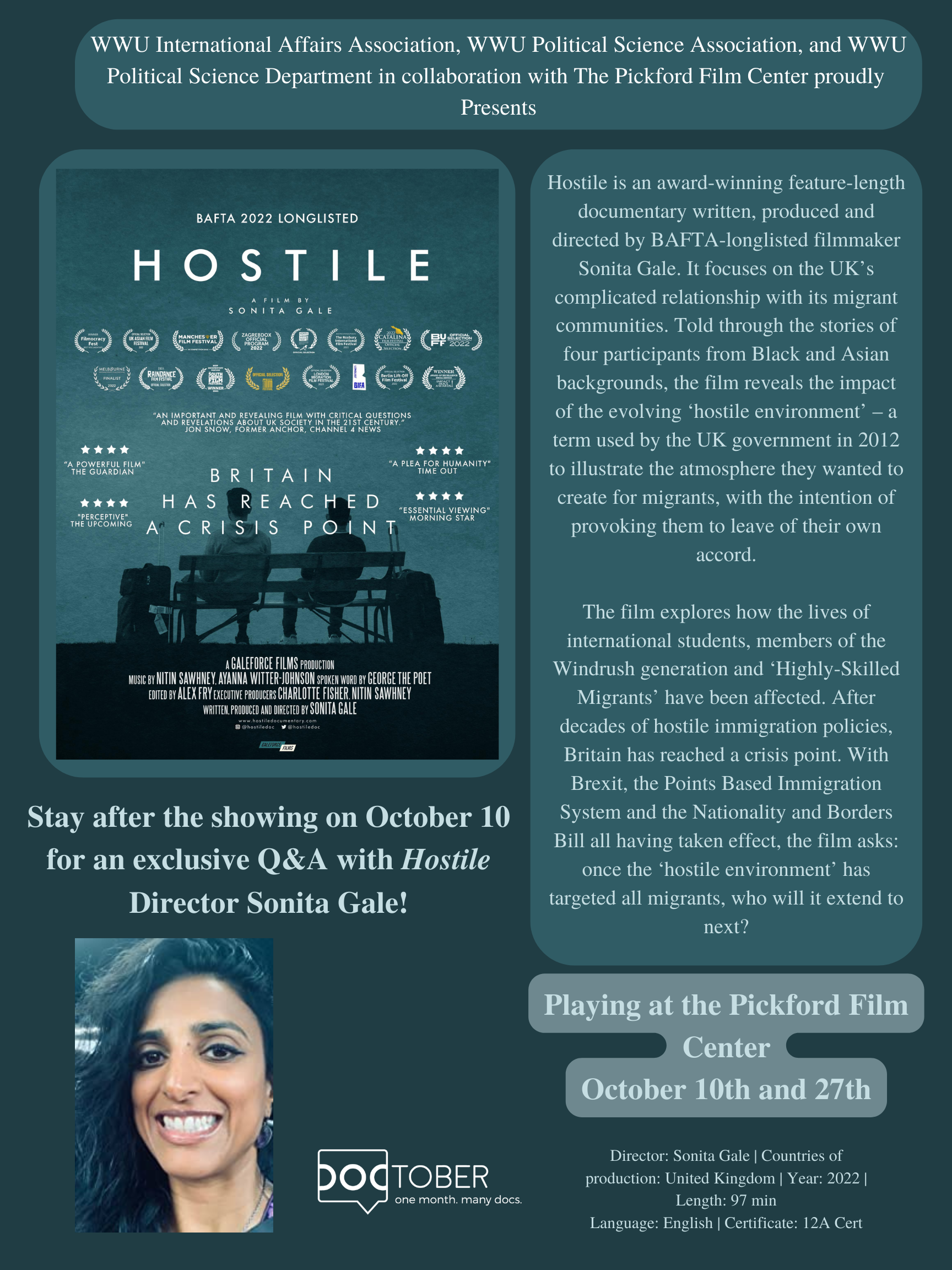 The annual Doctober series at the Pickford Film Center will feature two screenings of "Hostile", an award-winning documentary written, produced and directed by Sonita Gale.  The film focuses on the UK’s relationship with its migrant communities and reveals the impact of the evolving ‘hostile environment’ – a term used by the government in 2012 to illustrate the atmosphere they wanted to create for migrants with the intention of provoking them to leave. 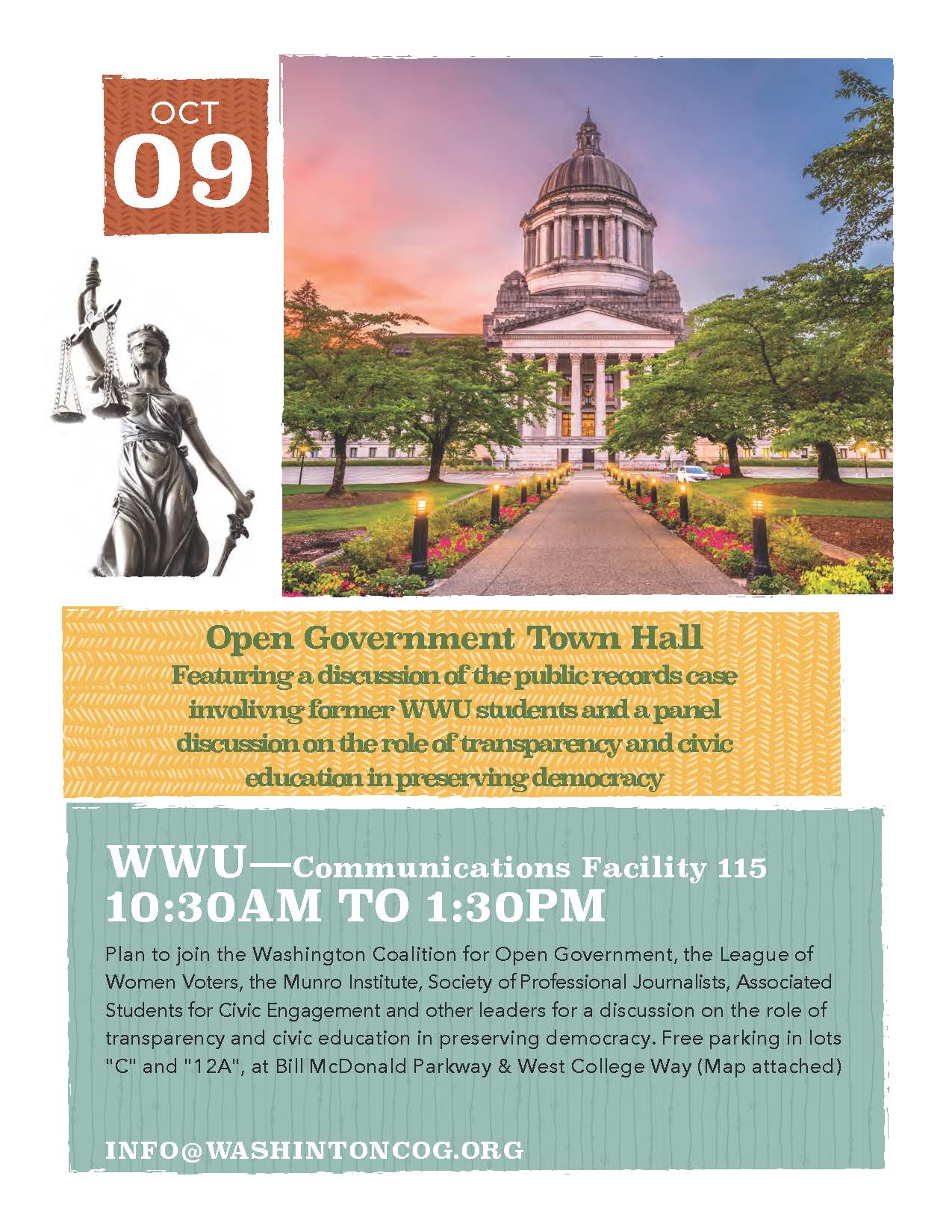 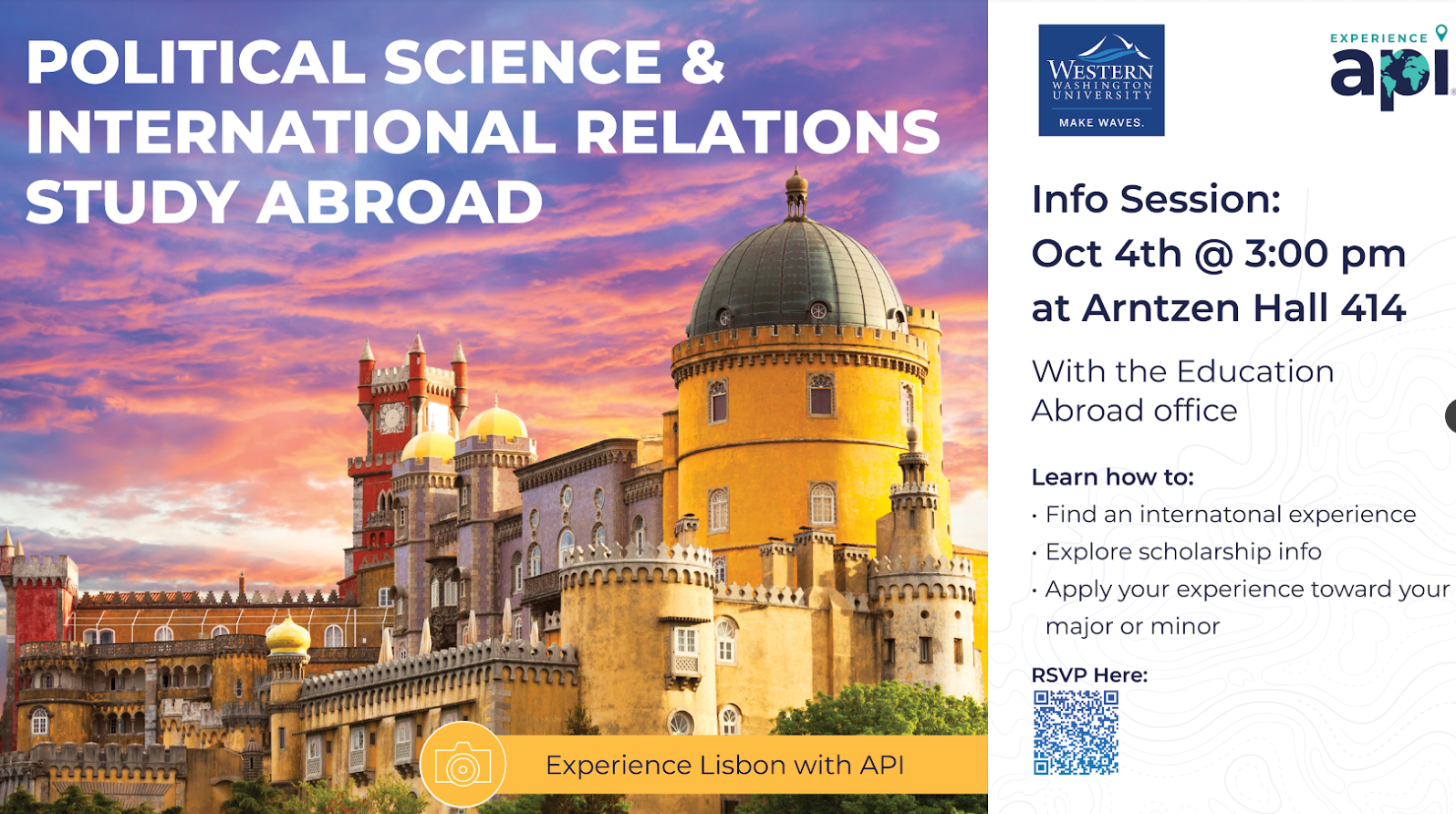