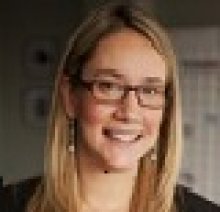 Attending WWU was one of the best decisions I ever made. I was one of the rare freshman students to know exactly what I wanted to major in (political science) – and then kept that same major throughout my four years. Growing up in Wyoming, I witnessed firsthand the impact political decisions can have on one’s life, whether it be access to reproductive and sexual health services, or who you are allowed to marry.

The field of political science seemed like a natural fit for someone like me who knew they wanted a career in public service. I was also fortunate to obtain two minors while at WWU, including Sociology/Criminology of Law, as well as Gay, Lesbian, Bisexual, Transgender (GLBT) studies – both of which were great supplements to my political science emphasis.

What political science courses did you find most beneficial?

The courses offered within the Political Science department had a tremendous impact on my educational and professional development. Being a pre-law student at the time, I loved PLSC 311: Introduction to Law and Judicial Process; PLSC 415: Constitutional Law II: Individual Rights as well as my senior seminar PLSC 431: Senior Seminar in American Politics & Public Policy. I also enjoyed my social justice related political science courses, including PLSC 347: Race, Politics, and Public Policy, and PLSC 421: Lesbian, Gay, Bisexual, Transgendered Politics. I feel honored to have had the opportunity to take these courses from leaders in the field like Professor Paul Chen, Professor Debra Salazar, and Professor Vernon Johnson.

I would also highly recommend to any student pursuing the political science degree to take advantage of receiving course credit through internships. Between my junior and senior year, I served as a legislative intern for United States Senator Patty Murray (D-WA), a position which opened the doors to the career I have today.

What are you doing now?

After nearly five years working on health policy in Washington, D.C., including working for U.S. Sen. Patty Murray, Anne recently graduated from Columbia University with a dual-degree Master's in Social Work and Master's in Public Health. She is now a clinical social worker in Colorado working with children and adolescents. Anne's health policy work in DC was featured in an article Hill Climbers:  Ex-Staffer Works for Women's Rights which appeared in the November 15, 2012 issue of CQ Roll Call.  The text of the article appears below:

Walden-Newman’s focus is women’s rights and health. She spends her days and nights working for the cause, volunteering with an outreach group that assists prostitutes.

Walden-Newman started her job with the National Reproductive Health and Family Planning Association in early October and said she made the jump from staffer to lobbyist because she wanted to play a more active role in budget and appropriations for Title X programs.

Enacted in 1970, Title X of the Public Health Service Act funds contraceptive services, supplies and education for nearly 4,500 clinics across the country. She hopes eventually to earn a graduate degree in public health.

Although she doesn’t sleep much between her volunteer work and her day job, her role with HIPS constantly reinforces her belief in the need to fund programs that offer sexual education and free condoms.

“When it’s three in the morning and I’m out in the van, I see the connection,” she said. “I think if the funding weren’t there, the van wouldn’t go out and these services wouldn’t exist. And these people would not be helped.”