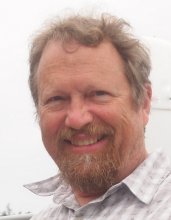 More than 40 years ago, alumni Bryn Beorse left the comforts of the WWU campus with a BA in Political Science (1972).  Graduating at the time of a difficult recession, he found the job market challenging and returned to Western for additional studies in journalism, a decision that led to a 17 year career in newspapers beginning in 1975 “Political Science was a great fit…it’s a wonderful job for someone who cares about politics.”  His primary beats were city government, forestry, tourism, science and nature.  He interviewed politicians, wrote about issues, and broke stories that helped to effect policy change.  For one especially memorable story about spotted owls, he went 'hooting' overnight and discovered a nest that led to cancellation of a major timber sale next to the Olympic National Park.

Understanding the vital role that reliable information and the ability to process it plays in a democracy as well as the importance of communication and trust between leadership and “the rest” – in the context of our national debate as well as in our professional lives—are two principles from his Political Science studies that have remained with him.

Currently Bryn works as a database administrator for Regence BlueShield of Washington, part of the umbrella not-for-profit Regence Group providing health insurance in Washington, Oregon, Utah and Idaho. “It’s a very technical position…but I like to say in a large organization like this, the political science degree is more useful than any of the technical training.”

Bryn is the proud parent of two grown children, a long-time mountaineer, backpacker and sea kayaker.  In 2016 he is off to the Grand Canyon on a second rafting trip.