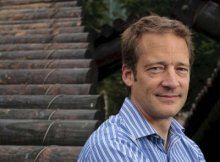 Todd Donovan is Professor of Political Science at Western Washington University, with previous visiting appointments and fellowships in Australia and New Zealand.  He has been involved with public opinion surveys in the US, UK, and other countries. His research examines the intersection of political behavior, representation and electoral institutions; as well as public opinion, direct democracy, and elections. He is a recipient of the University's Olscamp Award for excellence in research, has authored, co-authored, and co-edited a dozen books (published by Oxford, Chicago, Michigan university presses), and has published scores of peer reviewed research articles. He has also advised media in several countries, and has served as an expert witness in state and federal courts in the US on election matters in several cases, and his research has been cited by the United States Supreme Court. He currently serves as a non-partisan local elected official and remains defending champion of the Bellingham Pub Run.