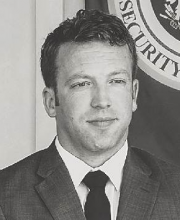 When I began my undergraduate studies at Western in 2002, I was unsure of the path I would take.  Introduction to International Relations was the first Political Science course that I took, and I quickly discovered my passion for International Affairs, eventually majoring in Political Science and minoring in History.  As I neared graduation, I dealt with the dilemma that many Political Science students surely understand, that of how to reconcile an interest in Foreign Policy with the reality of finding a meaningful job in very competitive fields.

What Are You Doing Now?

My path after Western was a circuitous one, but one that I hope can illustrate the multitude of ways that Political Science students can continue to broaden their horizons after graduation, and make themselves more competitive for positions with the US State Department, where I now work.  I joined the US Army in 2007 as an Arabic Linguist, attending the Defense Language Institute in Monterey, CA, and gaining professional proficiency in Modern Standard Arabic.  After serving several years in Military Intelligence, I tried out for the Special Forces, and eventually became a Green Beret.

Through the course of my career I served in Iraq, the Philippines, Thailand, Malaysia and Japan.  I decided to leave the Armed Forces in 2016, with the idea that I would return to academia and attend a graduate program for International Relations.  While navigating the application process for graduate schools, I applied for both the Generalist and Specialist tracks of the State Department hiring process, and was eventually offered a job as a Special Agent with the Diplomatic Security Service.

I credit the Political Science Department at Western for inspiring me to see the world, and for establishing the intellectual basis for my worldviews, eventually leading me to where I am today.  Particular credit also goes to Dr. Vernon Johnson, who assisted me greatly as I transitioned out of the military.

I am currently on the final stretch of my State Department training in northern Virginia, after which I will be headed to the DSS Field Office in San Francisco for two years, followed by my first assignment abroad.  Anyone with questions about linguistics, Military Intelligence, the Special Forces, the IR graduate program application process, or the Foreign Service application processes, please feel free to contact me through the WWU Political Science Department.