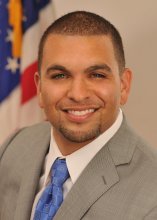 As a Political Science major, Jesse Moore recruited students to Western – then he helped write speeches for President Obama.

I found my way to Political Science by way of the literature, sociology, and business courses I took when I first got to Western. Each time I tiptoed down one of those potential paths, there was always a part of me left wanting. It wasn’t until I took my first poli-sci course that I realized what it was. The arenas of politics, policy, and public service were where problems had the potential to be solved. It became clear that everything I cared most about was dependent on functional, creative, and at times, bold policy decisions, made by the people we elect and appoint to lead us. Political Science provided a space where I could focus on solving problems above all else, and providing tangible help to those in need.

Where are you now?

Jesse Moore has made his mark over the past decade as a grassroots and political campaigner, and communications strategist, championing causes from higher education, to early childhood development, to healthcare reform, and of course, the election and re-election of Barack Obama as President of the United States.

Moore entered politics in 2008 when he joined Barack Obama’s campaign for President, to lead field and political operations in key states around the country. Before joining the campaign, he spent years working as a communications and outreach specialist in the Admissions Office at Western Washington University, where he rewrote and redesigned the school’s major outreach pieces and engaged a new outreach plan for low income and high density communities, sparking a major surge in applications and enrollment by students of color.

Moore served as a speechwriter and communications adviser at the White House focused on domestic policy and public engagement. Prior to this post, Moore served as the President’s Political Director in the battleground state of North Carolina where he managed a team of regional political directors and oversaw the campaign’s mobilization of elected officials and allies in support of the President’s re-election.

Prior to rejoining the campaign, Moore worked as a member of the Obama Administration as a media spokesman and strategist for Secretary Kathleen Sebelius at the Department of Health and Human Services (HHS). There, he led the department’s strategy and media response out of the Office of the Secretary for human services and poverty reduction programs including Head Start, Temporary Assistance for Needy Families, Child Welfare, and Refugee Resettlement. He also served as chief spokesman for specialty media outlets on the Affordable Care Act.  While at HHS, Moore managed several crisis communications situations, including being the first HHS official on the ground at landing sites for thousands of Haitian Earthquake survivors arriving in the U.S. He was selected to join a small joint delegation of State Department and HHS officials traveling to the Middle East and East Africa to assess U.S. and U.N. refugee processing and resettlement efforts.

Today, Jesse serves on the Board of Directors of Rock the Vote, the "largest nonpartisan, nonprofit organization in the country driving the youth vote to the polls." Through pop culture, music, art and technology Rock the Vote is working to build long-term youth political power.  Jesse is the recipient of the 2017 WWU Young Alumnus of the Year award.  He returned to campus April 22-26, 2019 as an alumnus in residence with the Ralph Munro Institute for Civic Education.