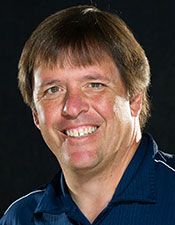 Dr. Kamena’s full-time position at WWU is in the Department of Athletics, where he serves at Assistant Athletic Director for Compliance and Academics.  He is the recipient of the 2021 Great Northwest Athletic Conference Student-Athlete Advisory Committee's (SAAC) Faculty Mentor Award.