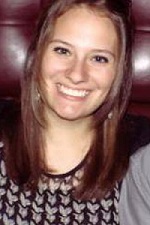 I actually planned to major in political science since before I had even completed high school. I have always enjoyed discussing politics with people. It's something that impacts everyone, whether they realize it or not. After coming to Western I fell in love with Economics too, but realized I wanted to be able to continue on in Political Science as well, as the two subjects are so intertwined. I switched to the Political Science and Economics combined major, but then realized I didn't feel like I was taking enough upper-division classes of either subject. I didn't want to miss out on anything! That's how I ended up double majoring.

What do you enjoy most about Western?

My favorite part about Western is the way that professors prioritize student learning and growth. I've had so many influential professors that have always dropped whatever they were doing to help with class questions or advising questions. The fact that I was always able to go to my professors with questions of any kind allowed me to get the most out of my education.

What are your Future Plans?

My immediate future plan is to take a year off and teach English abroad; probably in China. After my year off I plan on applying to graduate programs. I'm deciding between pursuing a Masters in Sustainable Development, or a Masters in Economics.

After graduating and spending time in South and Southeast Asia, Kristine joined the firm of Bryant Christie Inc. as a research analyst in 2015.  She currently works with Blue Ocean Market Intelligence as a Market Research Analyst.  On May 9, 2017 she participated in the 2017 PSA Conference as a panelist in a session on PLSC Alumni.  Thank you, Kristine! It was great to have you back on campus!