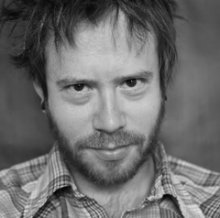 My decision to pursue Political Science at Western stemmed from the diversity of theoretical and regional expertise in the department and the ability to specialize in international relations and comparative politics. This complimented my second major - East Asian Studies. The initial appeal of political science arose from my experiences with direct democracy beginning with the 1999 WTO meeting in Seattle, and the globalization of my interests was nurtured by the texts and professors I encountered at Western. As my world view expanded, I was drawn to exploring the nuances of social and political interactions through the study of political science.

What political science courses did you find most beneficial?

The Political Science department allowed me to develop a diverse background in social and political theory as well as methods in the practical elements of comparative politics. Some of the courses that stand out most in my mind, those that have truly left a lingering influence, are Modern Chinese Politics (PLSC 430), International Relations of East Asia (PLSC 310) and Contemporary Political Theory (PLSC 464). It was through these courses, and several others, that I began to develop a nuanced understanding of Contentious Politics, which has directly shaped my academic and professional development since graduating Western.

Where are you now?

After graduating in 2008 I traveled to China to take up an internship with a small human rights organization. When I arrived, I discovered that the organization had effectively been shut down by the government in the crackdown on civil society that preceded the 2008 Olympic Games. I remained in Beijing for the next two years working with several Chinese civil society actors to develop and cofound a new NGO with a focus of promoting the rule of law in China through a multifaceted approach of direct action, training and advocacy.

In 2011 I completed a Master's Program in Conflict Studies and Human Rights at the University of Utrecht in the Netherlands. This program brought me to Turkey, where I conducted field research on innovation in resistance among the Uyghur diaspora in Istanbul. Uyghurs are a Turkic minority group in the Northwestern Xinjiang Province of China. After completing my masters, I spent four months in Tunisia pursuing independent research on public space and political participation in the power vacuum of post-revolutionary Tunisia. I have since resumed work with the same NGO in China.

These experiences have allowed me to greatly enhance the skills and knowledge I first gained at Western. I have had opportunities to engage with diplomats from many foreign countries and international organizations, as well as to participate in events and conferences in China and Brussels organized by the European Union and the European Instrument for Democracy and Human Rights. In the future, I hope to pursue a PhD in either Political Science or Anthropology.