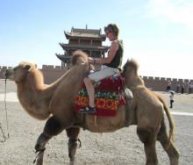 Kristen Parris earned her MA in East Asian Studies and her PhD in Political Science from Indiana University.  She joined the Political Science Department at Western Washington University in 1991 and serves on the department’s Curriculum and Scholarship committees.

Dr. Parris’ research interests include Chinese Politics (local governance and governance), State Society Relations, and Citizenship and State Building.  She has traveled extensively and conducted research in China and is a member of the WWU Center for East Asian Studies, an interdisciplinary program that draws upon the expertise of more than 20 faculty from across the university.  She speaks and reads Mandarin Chinese.