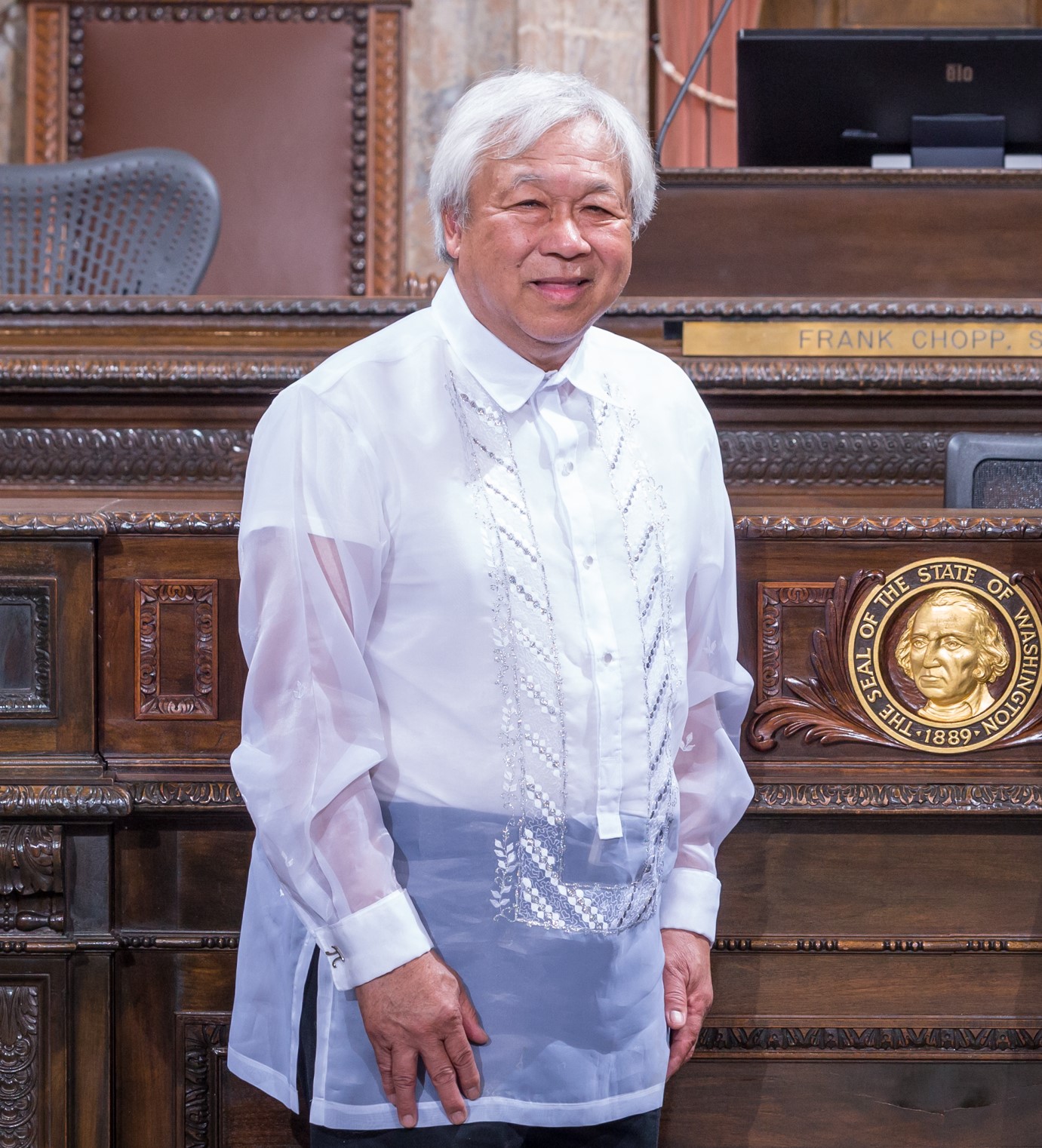 As a student at Western Washington University, Rey Pascua put his time to good use majoring in Political Science and Ethnic Studies, participating in varsity track for four years as a Viking, completing an internship with the Office of Equal Opportunity in Olympia, and helping to establish the WWU Asian Student Union.  As a student activist he was also instrumental in bringing Filipino American labor organizer Larry Itliong of the United Farm Workers movement to speak to audiences in the Pacific Northwest.

Rey went on to receive his Masters degree in Public Administration from the Daniel J. Evans School of Public Policy at the University of Washington (1978).  For 32 years, he worked with the Department of Social and Health Service-the public welfare agency of Washington State-both as a line worker and as a services manager with his longest duties being in the child welfare services area.

Rey has been active in the Filipino American community for decades and continues his involvement as President of the Filipino American Community of the Yakima Valley.   He is also active in the Washington State Commission on Asian Pacific American Affairs (CAPAA), serving as Commissioner under Governor Evans and Governor Gregoire.  In 2019 he was honored with the CAPAA Vanguard Award for his lifelong contributions to the Asian American and Pacific Islander communities.

A proud Filipino American, Rey is the recipient of multiple awards for service including the 1st Annual Tagumpay Award for Public Service (The Pinoy Reporter, Tacoma), the Andres Tangalan Service Award (National Office of the Filipino American National Historical Society), a Lifetime Achievement Award (The Northwest Asian Weekly) and a Lifetime Achievement award from the Filipino Community of Seattle in 2015.  In 2019 he authored a bill, Senate Bill 5865, to make October Filipino American History Month.  The Vanguard Award from Commission on Asian Pacific American Affairs in 2019 is the latest in a long list of recognitions of his contributions to the civic life of Washington State.

Political Science at Western gave me a framework and discipline with which to interpret the world and to act in a purposeful and sound way.  With the tools that my Western education gave me during a turbulent time in our country, I was able to contribute to the world I lived in positively.

My advice to today's students:  take advantage of all that Western offers: great educators, friendships, and organizations, in a beautiful setting.