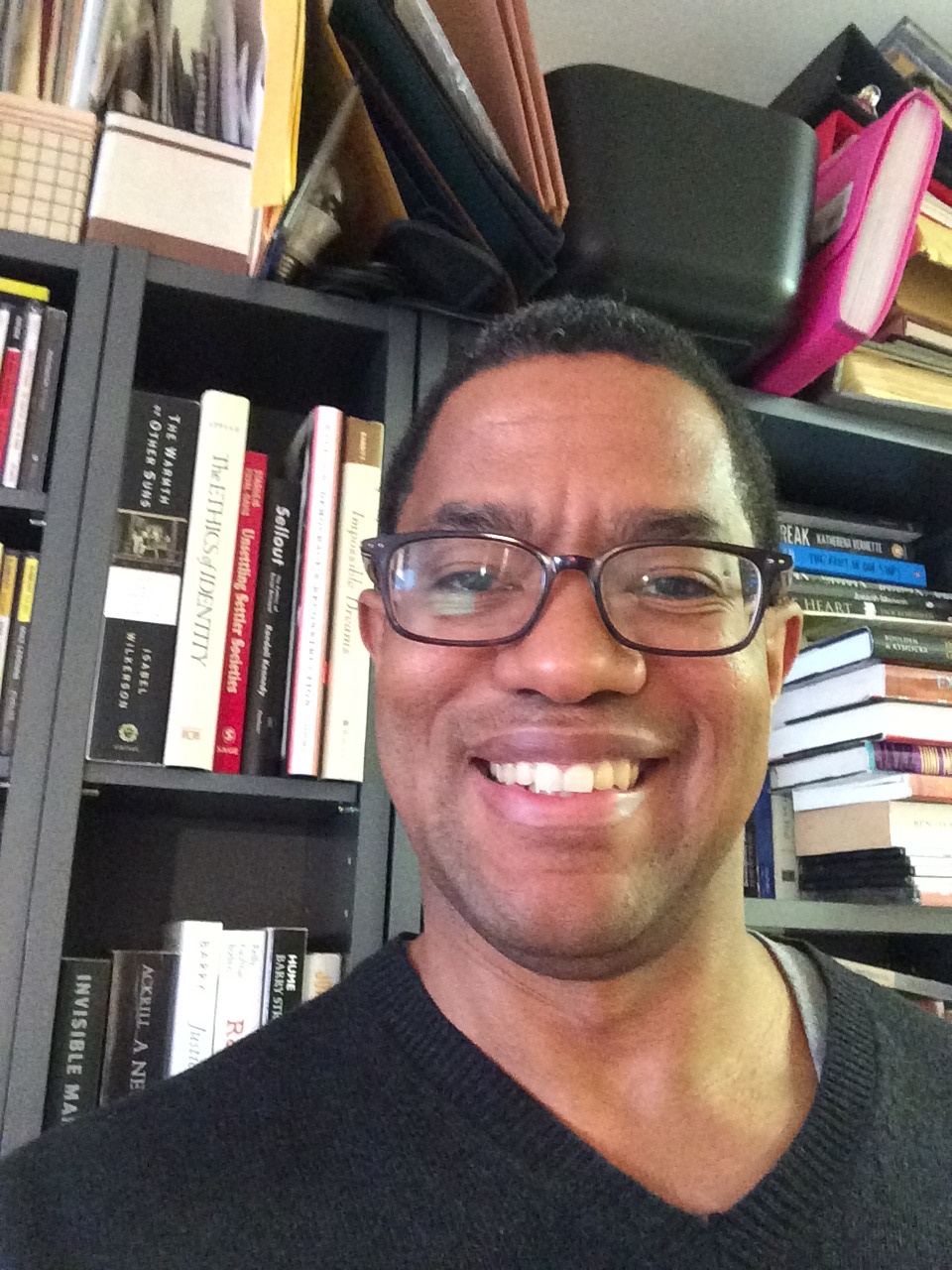 10-12 Tues or by appointment via zoom

Brian Thomas earned his PhD from the University of North Carolina-Chapel Hill. His areas of research lie at the nexus of racial justice, distributive justice, and politics. His research is especially attentive to the focal points through which disadvantage occurs: the creation of policies, practices, and institutional arrangements focused on “race” that perpetuate hierarchy. This includes a critical examination of anti-black racism and Indigenous disadvantage; the overlapping of race, nation, and immigration; and the mechanisms that perpetuate disadvantage within national states and globally as well. Finally his research seeks to identify intelligible and plausible practices and arrangements that might address disadvantage. This research critically considers the work in liberal political theory, democratic theory, the Black Radical tradition, Indigenous and Postcolonial thought, as well as the ideologies that inform current practices and discourses in contemporary politics. He is currently working on book length manuscript conceptualizing the experiences and outcomes of Black Canadians. Other projects include ongoing comparative work on Indigenous and Tribal Peoples with particular focus on self-determination and sovereignty and the possibilities for realizing such powers on Turtle Island.

Under the Guise of Self: The Relationship Between Racial Identity and Self-Respect. Philosophia Africana, Volume 13, Number 1, March 2010.

Unraveling and Discovering: The Conceptual Relations Between the Concept of Power and The Concept of Empowerment. Critical Review of International Social and Political Philosophy, 1743-8772, 12 November 2010.