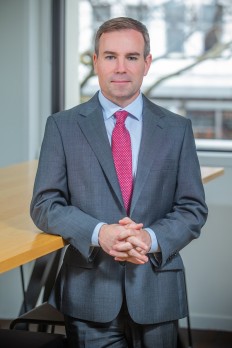 After completing his bachelor's degree at Western, Tom Simonson (1993) went on to earn a MS from the London School of Economics & Political Science and a MS from Cal Poly San Luis Obispo.  Tom has extensive experience in planning and project management and is currently a Principal Regulatory Advisor with Local Government New Zealand (LGNZ) where he focuses on infrastructure and regulatory matters.

Political Science was a natural strength for me.  Local, state and national topics were always discussed at the dinner table and amongst family.  On heading to university, it felt like I should explore every avenue and pursue my most natural strength, and after taking business, science, and other liberal arts classes, I fell back to what came natural to me.  I reveled in policy development, and in particular international policy as I had travelled abroad and across the US on several occasions.  For me, there has always been real enjoyment of understanding history, growing my civic literacy through participation and discussion, and in developing fluency in political and economic interdependencies that shape our communities.

Where am I now?

I currently live in Wellington, New Zealand.  It's a story that has been shaped over several decades, but the core storyline is that post graduating from Western, I backpacked Southeast Asia and Central America.  In seeing the political drivers of developing countries brought me to question the outputs and outcomes of urban growth.  I then pursued graduate studies at California Polytechnic State University (Cal Poly) - San Luis Obispo in City and Regional Planning.  I was recruited out of that school into land development companies building housing in the San Francisco Bay Area.  After a few years, I attended the London School of Economics for another graduate degree in International Housing.  I again returned to the San Francisco area to take up leadership roles in land development companies for several more years.

My wife's career took us to Washington DC.  I became the Master Planner for the Washington DC Army National Guard, and later I was a consulting environmental policy advisor to the Department of the Interior as well as a consultant with the US Army for base realignment and closure in Europe.

Feeling like we were missing out on international opportunities, I quit my consulting position in 2014 and flew to New Zealand to apply for positions in Auckland (undergoing a serious housing deficit) and Christchurch (rebuilding from two earthquakes).  In the end, the most fitting opportunity was found in Wellington advocating for additional resources and support from central government for the 78 local authorities.  I have worked across many portfolios, including housing, funding and financing, three waters, climate change, and economic development.