Whose Truth? Journalism, Democracy, and the Digital Era

The mainstream news media have, for decades, produced coverage that has reinforced racial stereotypes and mostly ignored the communities in which Black, Indigenous, and People of Color live. Some cases of racial violence have made headlines, but journalists have covered these cases as isolated incidents rather than as symptoms of a larger and more insidious problem.

Those troubling patterns of coverage began to shift during the protests over the 2014 killing of Black teen Michael Brown, Jr. at the hands of a white police officer in Ferguson, Missouri. News coverage, for the first time in decades, started covering racial violence as evidence of systemic racism.

This shift in news narratives coincided with widespread access to and adoption of digital platforms that allowed people with less power to speak back and to organize in unprecedented ways. #Ferguson was the most-used hashtag in the first decade of Twitter.

Dr. Paqui Paredes Méndez, Dean of the College of Humanities and Social Sciences, and the WWU Alumni Association invite you to join us as Dr. Carolyn Nielsen presents research from her book Reporting on Race in a Digital Era using analysis of news coverage alongside in-depth interviews with journalists to illustrate how journalism is evolving and to highlight the obstacles that remain. This presentation will address the journalism’s problematic past, contemporary challenges, and potential for change. 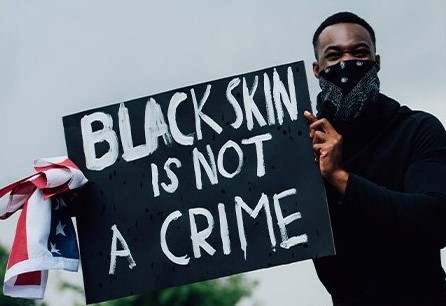